When Should You Start Orthodontic Care: The Importance of Starting Early
Share: 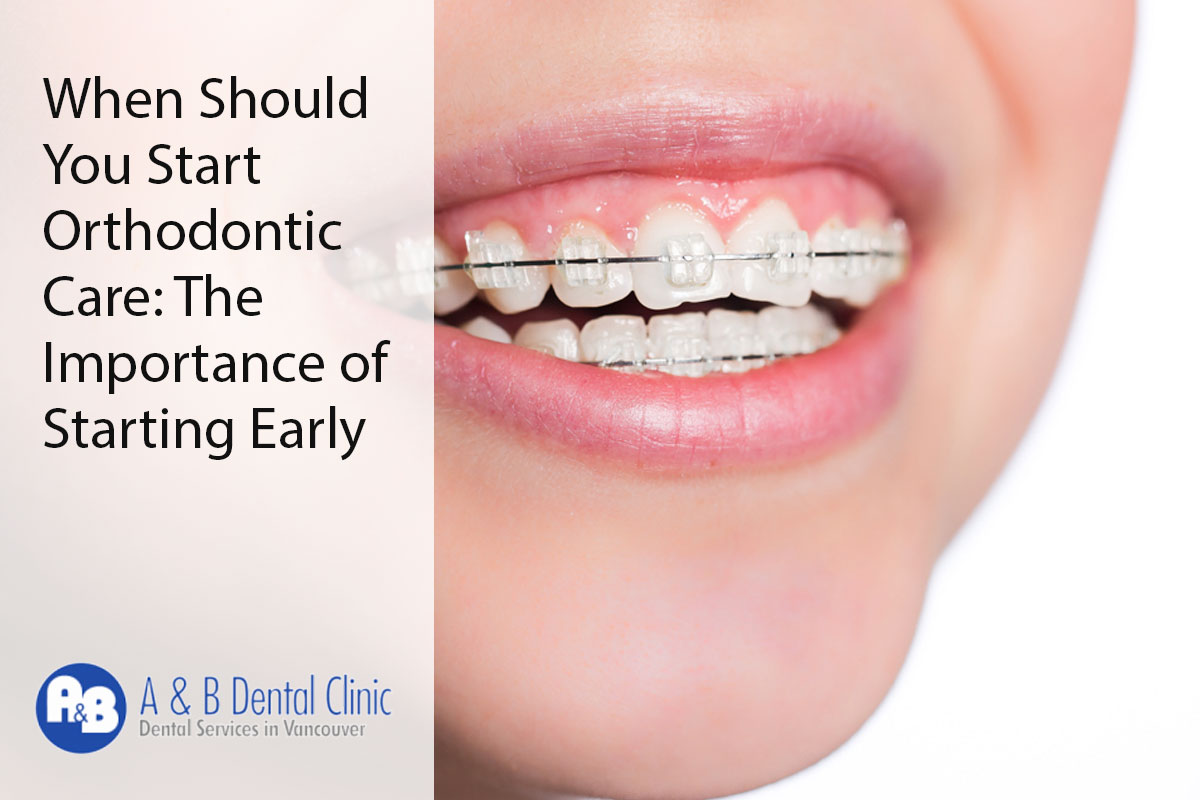 Starting early can have a significant impact on your future. Many people assume that the earlier you start, the better it will be in the long run. In fact, starting early has many benefits. Although there are several factors that play into timing your first appointment, you’ll see the most change from treatment if you go as soon as possible. The sooner you start care, the sooner your teeth will move into their final position and begin to look normal again. This article highlights some of the advantages of starting orthodontic treatment as soon as possible.

Your Teeth Will Move More Quickly

When you’re younger, your teeth are much more pliable. Your orthodontist may be able to move them much more quickly with less discomfort. The orthodontic brackets worn by younger patients aren’t nearly as cumbersome as the adult brackets that are typically worn by adults. The orthodontist will likely be able to move your teeth at a quicker pace. Your orthodontist also has fewer concerns about the health of your teeth while you’re younger. As a result, you can move through each stage of treatment faster and more accurately. The result is that your treatment is completed sooner than it would be if you waited until you’re older.

If you start treatment at a younger age, your orthodontist will have less time to get used to the way your teeth look. In the beginning, you’ll likely have less space to move your teeth than people who start later. After a few months of treatment, it will be much easier to see significant improvement. Your orthodontist will also have a better idea of what results are possible in your particular case. If you’re young enough, you can start to see clear, immediate results.

Many people who get braces as children are anxious and apprehensive about the treatment. As a result, they don’t follow through with treatment as regularly as they should. A young patient who wears braces regularly is likely to develop new, positive habits. This is especially important if you start treatment as a child. Adults have a tendency to push treatment off until it’s too late, or even avoid it altogether. Younger patients are less likely to encounter these issues. You’ll likely have a better chance of sticking with regular visits if you begin treatment as soon as possible.

The longer that you wait to begin treatment, the longer your orthodontic issues will be. This is particularly true if you end up having more severe problems. The longer that your teeth are out of place, the more chance there is of developing periodontal disease. If you show evidence of periodontal disease while you’re younger, it’s likely to be much more severe. This will greatly complicate treatment and greatly increase the risk of complications. If you start treatment as soon as possible, you’ll have fewer of these complications as well.

If you start treatment as soon as you’re eligible, you can benefit from many significant advantages. Your treatment will be completed much sooner, and you’ll see better results. You’ll also have fewer complications later on, and everyone will benefit from a more inclusive society. These advantages are particularly true for younger patients. If you’re younger than 18 years of age, you can benefit from starting treatment earlier than you might otherwise.  Book an appointment today with A&B Dental Clinic.  Call us at 604-877-0664.

Root Canals: What to Expect & How to Prepare for the Procedure?
Benefits of Regular Dental Cleaning